The Pokot people are categorized under the larger Kalenjin tribes grouping of 100 guaranteed installment loans Kenyan Nilotic speakers because they have oral traditions of a similar origin. They speak the Pokot language and live in the Baringo and Western Pokot districts of Kenya and also in the Eastern Karamoja region of Uganda. The Pokot history is a complicated one as they seem to be related to many peoples of the region, with ties to the Nilo-Hematic people from the north and the Bantu from central Africa.

The Pokot are divided into two main sub-groups depending on their location and way of life. The first group are the Hill Pokot who practice both farming and pastoralism and live in the rainy highlands in the west and central south. The second group is made up of the Plains Pokot who live in dry and infertile plains, and herd cows, goats and sheep.

The Pokot society is governed through a series of age grades, and membership to any specific group is determined by the age at which one goes through their initiation. For the men this is usually between the ages of fifteen and twenty; whereas for the women, it is around twelve. Matrimonial binds are allowed once the initiation has been accomplished. At that time individuals begin taking part in the local economic functions as well. Close bonds are formed within the initiation groups and they are functional in future political ties as they move through the ranks of the tribal structure. When Pokot reach old age, they gain a certain degree of status and respect. Elders have responsibilities to the Pokot such as presiding over important tribal decisions, festivals and religious celebrations.

The Pokot are mostly cattle herders, but about a quarter are cultivators growing mostly corn. However, whether a cultivator or pastoralist, the measure of wealth among the Pokot is determined by the number of cows one owns. Cows are used for barter and exchange, which further goes into “bride wealth”. A man is permitted to take more than one wife as long as he has enough cows to offer her family in exchange for her hand in marriage. The cattle are hardly ever slaughtered for meat as they are far more valuable alive. The cattle also provide milk, butter, and cheese which are important parts of the Pokot diet.

The Pokot believe in Tororot the supreme diety, and prayers and libations are offered to him during a variety of tribal festivals and dances that are overseen by the Pokot elders. The Pokot also have diviners that are responsible for maintaining the spiritual balance of the community.

Click here to find out more about what we do and why we do it. 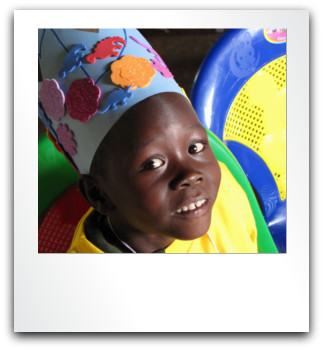 Do you have questions about how your donation will be used?

Good Friends of the Pokot - Supporting positive, sustainable change in the lives of the Pokot children.
Themia Designed & Coded by InkThemes.com